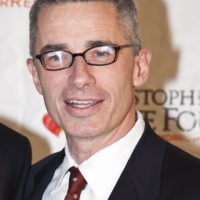 This month marks the ten-year anniversary of August 12, 2004, the day when New Jersey Governor Jim McGreevey announced his resignation in a speech during which he came out as a “gay American” who had an extra-marital affair with another man. McGreevey was facing a scandal for appointing the man with whom he was having the affair to the post of homeland security advisor, a position for which he was arguably unqualified; the Governor was also facing threats of a sexual harassment lawsuit from the man. After leaving the governorship in November 2004, McGreevey entered a theological seminary in furtherance of a Master of Divinity degree. Today he volunteers as a counselor helping ex-offenders work toward rehabilitation.

Coincidentally, McGreevey’s resignation also came at a time when the people of New Jersey were embarking on a ten-year legal struggle for marriage equality. During that decade, the legal landscape for gay and lesbian couples has seen remarkable advancements in the legislature and in the courts, sometimes with support and sometimes with opposition from the executive administration, depending upon the governorship at the time. Let’s take a look at the legal developments that began in the same year as Governor McGreevey’s resignation, culminating last year in the recognition of same-sex marriage in New Jersey on equal footing with opposite-sex marriages.