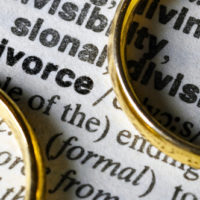 Alimony (spousal support) is not guaranteed in every divorce. When alimony is awarded, there are many different types of alimony which may be granted in New Jersey, including Limited Duration, Rehabilitative, Reimbursement, and Pendente Lite. Rehabilitative and Reimbursement alimony may be granted in a lump sum or a fixed amount based on the evidence presented to the court. Pendente Lite covers the period during the divorce proceedings, and Limited Duration alimony is awarded for a temporary period while the receiving former spouse works to improve his or her earning capacity.

There is, of course, a fifth category of alimony, and that is Permanent Alimony. When considering whether an award of alimony is appropriate in a given divorce case, the judge first determines whether to grant alimony on a permanent basis. If a permanent award is not appropriate, the judge then deliberates over whether one of the temporary types of alimony is proper in the case.

All this may change if the Governor signs into law a bill passed by the legislature last month. This bill would limit the duration of alimony to the length of the marriage if the marriage lasted less than 20 years. The bill would also allow the payor to cease making alimony payments upon retirement. Other changes in the measure speak to the ability of the court to modify or terminate alimony on the basis of changed circumstances, such as a change in either party’s income, or if the receiving spouse decides to cohabitate with another person.

The bill was a compromise drafted by the New Jersey State Bar Association. Promoters of alimony reform wanted to see more restrictions on the length of any alimony award, but they seem on the whole happy to have what they see as a step in the right direction. The bill passed out of the Assembly with a unanimous vote and only a handful of no votes in the Senate. Governor Christie has until mid-August or possibly September to decide whether to sign or veto the measure.