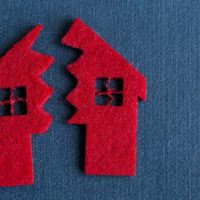 Typically, if one of the spouses dies in the midst of a divorce, the death puts an end to the divorce action and any orders which would otherwise be issued. The New Jersey courts do have the authority to make exceptions, however, and one judge did just that in a recent case to prevent the surviving spouse from being “unjustly enriched” by his alleged misbehavior in the divorce proceeding.

The wife, in this case, was already terminally ill at the time she filed for divorce to end a 34-year marriage. She died six months later, prior to the divorce being finalized. Her eldest son then petitioned the court to be substituted into the litigation on behalf of his mother’s estate, and the court granted the motion.

After a five-day hearing, the court ordered an equitable distribution of the marital estate. It appeared to the judge that the husband was hiding cash and other assets from the other party and from the court in an attempt to keep them from being divided in the divorce. The husband was found to be evasive, inconsistent, and lacking in candor and credibility in his disclosures and communications with the court and the other party. It was even alleged that the husband had been purposely delaying the divorce proceedings in hopes that his wife would die before they were finalized so that there would not be any property division.

The court used its powers to order the distribution to prevent the husband from being “unjustly enriched” by his misconduct. The judge ordered an equal division of all assets and liabilities, except for the debt of a personal judgment which had been levied against the husband in relation to certain of his business dealings. He gets to keep that debt all to himself, but a constructive trust was imposed on all the assets held by the husband to ensure that half would go to the benefit of the deceased wife’s estate.

The husband appealed this ruling, and the appellate court vacated the trial judge’s decision, holding that the record developed at trial was not strong enough to support an entry of post-death equitable distribution or the imposition of a constructive trust. However, the appellate court did send the case back to the lower court to try again, and this time the court made the required findings on the record and again imposed the equitable distribution. The husband appealed again, but this time the appeals court affirmed the decision of the lower court in Estate of Beltra v. Beltra.