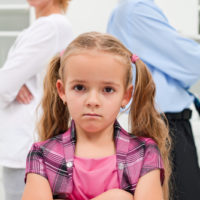 Knowing how contentious and expensive long family court battles can become, attorneys will sometimes encourage their clients to utilize the services of an alternative means of dispute resolution, such as a mediator or arbitrator. Regardless of the means of dispute resolution, however, each spouse is entitled to be treated fairly and equally by the fact finder, and parties who don’t receive such equal treatment are entitled to a new hearing. A case handled by our own attorneys Helene Herbert and Helayne Weiss resulted in an Appellate victory for a wife who had been the victim of an arbitrator’s bias.

In the case, titled “N.L. v. V.M.,” the spouses originally filed for divorce in 2007, having been married for 16 years and having twin sons who were 7 years old at the time of filing. Two contentious years passed, during which our client requested a restraining order against the husband and filed criminal charges against him. Ultimately, the parties decided to submit issues relating to the division of property, custody, parenting time, and alimony to an arbitrator, who was selected by the court and on whom the parties agreed.

While the circumstances under which an arbitration award can be vacated are limited, a New Jersey court should not uphold an award where there exists clear evidence of inappropriate conduct or bias toward one of the parties. Here, the arbitrator appeared to be advocating for the husband’s position on more than one occasion and may have allowed his favor for the husband to color his other decisions in more subtle ways. Since so much of our client’s future was in the hands of this arbitrator—whether she would have custody of her children, the amount of alimony and child support she was eligible to receive — she also had a fundamental right to know that she had a fair hearing and a chance to have her voice heard and her position respected.

If you are going through a divorce in New Jersey and need dedicated, zealous representation of your interests, contact experienced Englewood family law attorneys Herbert & Weiss for a consultation, at (201) 500-2151