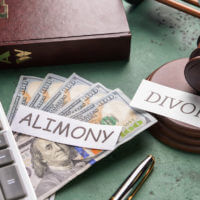 In a recent decision from a New Jersey Superior Court, the judge denied a claim for palimony based on an alleged oral contract. The case, titled Lee v. Kim, was based on a woman’s claims that the father of her child, with whom she had been casually involved for two years, had promised but failed to provide financial support, to which she believed she was entitled under the law.

In 2010, New Jersey amended its Statute of Frauds—the law requiring certain types of high-value contracts to be in writing—to include palimony agreements. Prior to 2010, the court would enforce palimony agreements, or agreements for financial support between couples in a marriage-like romantic relationship, where the receiving partner could prove that such promises had been made, and relied on those promises in some way. Under the amended law, these agreements have to be made in writing, and reviewed by an attorney, in order to be enforced by a New Jersey court.

In the case coming before Bergen County Judge Terry Bottinelli, the couple at the center of the case had been dating casually for two years. The two did not live together, nor did they present themselves as a couple to family and friends, but the plaintiff did have the defendant’s child during the relationship. Ms. Lee argued that Dr. Kim had promised to support her financially during their relationship, and argued that he should be forced to follow through on that promise, despite the law’s requirement that palimony agreements be made in writing. She argued that her rights under the New Jersey Constitution were violated by the law in numerous ways, such as her right to form intimate relationships, and her fundamental right to enter into an oral contract. Judge Bottinelli rejected these claims. He observed that Ms. Lee’s case “painfully” demonstrated why it was important to require such contracts to be in writing, as otherwise, former couples would end up “entangled in acrimonious multi-year litigation over a contract that may or may not has ever existed.” The judge also noted that prenuptial and postnuptial agreements needed to be in writing and that he could see no reason why palimony agreements should be an exception to that rule.

If you are considering forming an agreement for support with your partner or spouse, ensure that your agreement is enforceable and reliable by seeking the help of a skilled attorney, and contact the Englewood offices of family law attorneys Herbert & Weiss for a consultation, at (201) 500-2151.