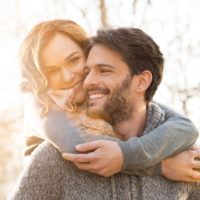 A recent decision by a New Jersey court serves as a sad example of the significant differences between the rights afforded to couples in a domestic partnership and those granted through marriage. It is also an important reminder to couples who may have entered into a domestic partnership before marriage was an option to discuss the potential benefits of marriage with a New Jersey family law attorney.

The case which came before the tax court was titled Rucksapol Jiwungkull as Executor of the Estate of Maurice R. Connolly, Jr. v. Director, Division of Taxation. Jiwungkull and Connolly had been in a relationship for 31 years at the time of Connolly’s sudden death in June of 2014. They had entered into a domestic partnership on the first day that the New Jersey Domestic Partnership Act (DPA) went into effect on July 10, 2004. According to the Domestic Partnership Act, couples were granted only some of the rights of married couples, including “an additional exemption from the personal income tax and the transfer inheritance tax on the same basis as a spouse.” A noteworthy absence from the DPA is a provision for partners to be treated as spouses when calculating the state’s estate tax, which would have exempted Jiwungkull from the over-$100,000 in estate taxes which he is now obligated to pay. In New Jersey, there is both an inheritance tax and an estate tax, and inheritors are obligated to pay whichever of those is higher.

In 2007, New Jersey passed its Civil Union Act, which afforded gay and lesbian couples the same rights and obligations under state law as marriage. Had the couple entered into a civil union, Connolly’s surviving partner would have been spared the onerous tax bill. However, Connolly took a public stance against the law, expressing his belief that it was simply another form of discrimination against same-sex couples. In its opinion, the court noted, “One could hardly fault a same-sex couple for refusing to enter into any State-sanctioned relationship they believed to be discriminatory. However, this decision, like many principled decisions, had consequences.”

Gay marriage was legalized in New Jersey in October of 2013, and the couple made plans to be married on June 8, 2014, having applied for a marriage license on May 27. Sadly, Connolly passed away on June 2. Jiwungkull, the executor of Connolly’s estate, filed a tax return without seeking the exemption which would have been available had the couple been married. When he amended the return-seeking a refund of the estate tax already paid, the Department of Taxation denied the request. Jiwungkull filed a complaint with the tax court seeking a refund, which the court denied in its recent opinion. Jiwungkull challenged the legitimacy of the DPA, pointing out the discriminatory effect it had on gay couples, but the court noted that other options existed under which the estate tax benefit could have been obtained. The judge wrote, “Although the plaintiff and decedent were eligible to enter into either a civil union or a marriage as of the date of the decedent’s death, they did neither. . . . This court must apply the DPA as it is written, not as this court thinks it ought to be written, or as the plaintiff would prefer it to be written.”

For assistance with legal questions on prenuptial agreements, divorce, and other issues, contact the New Jersey family law attorneys at Herbert & Weiss for a consultation on your case, at (201) 500-2151, with offices in Englewood.