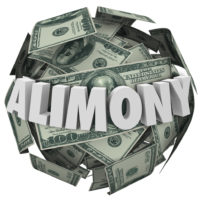 In order for a judge’s decisions in a family law case to take effect, these decisions are put into writing and entered as court orders. After they’re entered, these orders become law governing both sides of a dispute. As with other laws, if a party violates an aspect of a court order, there may be legal consequences, including the possibility of jail time. Learn more about the possible consequences for violating an order issued by a New Jersey Family Part judge, below.

In order to ensure that parties to a dispute actually adhere to the judge’s decision in a family matter, such as a custodial arrangement created by a judge or orders to sell property in order to divide the value between divorcing spouses, the terms of these orders have to be legally binding and enforceable by the court. However, court orders aren’t enforced in the same manner as other laws; instead, a party to the order who believes that the other party hasn’t complied with the order will need to file a motion to request that the court order be enforced, ordering the party to comply or, in the alternative, holding the party in contempt. In New Jersey, such motions are known as motions in aid of litigant’s rights.

A party before the New Jersey Family Part might file a motion in aid of litigants rights if their co-parent had failed to make child support payments on time, or if their co-parent had refused to comply with the child custody schedule established by the court. When filing such a motion, the party will need to show that the noncompliant party knew what was required of them under the order and had the ability to comply, but willfully chose not to follow the instructions laid out in the order. Should a court find a non-compliant party in contempt for failure to make child support payments, for example, they could face property seizure, loss of professional or driver’s licenses, or even time in jail. Courts may be more likely to offer leniency to a party who failed to comply but had a legitimate reason for failing to do so, such as a spouse who stopped making child support payments after losing their job. Speak with an attorney as soon as possible if you believe you may need a court’s help in obtaining compliance with a court order, or if you’re concerned that you may have violated an order.

If you are a New Jersey resident facing a family law issue, contact the seasoned, compassionate, and effective Englewood family law attorneys at Herbert & Weiss for a consultation at (201) 500-2151.