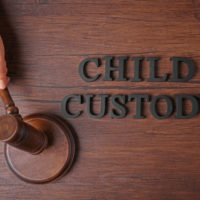 Finding a custody arrangement that works for both parents can be one of the most challenging aspects of a divorce. Both from a logistical standpoint and an emotional standpoint, deciding how you and your ex will share parenting time can feel impossible. Once you reach an agreement, New Jersey family courts are reluctant to change orders on child custody. As a result, successful applications to modify New Jersey custody orders must be knowledgeably and painstakingly crafted. Read on to learn about some common ways that applicants sabotage their requests to modify custody agreements, and speak with a skilled New Jersey family law attorney with any questions.

There are only a small handful of reasons that a New Jersey court will allow parents to modify a custody agreement, such as evidence that the child is being abused or neglected in one parent’s home. The most commonly-used reason is that there has been a substantial change in the parent’s circumstances since the time when the order was created. Changes that may form the basis of a modified agreement include a work transfer that makes the existing custody exchange schedule untenable. If you’re seeking a changed arrangement based on a conclusion that the existing arrangement is simply not as convenient for you as you believed it would be when you agreed to it, the court is unlikely to grant a change.

Not all divorces are mutual, and some rejected spouses will prolong the fight between themselves and their exes simply as a means to stay in their life. Using your children and their living situation as one of these tactics is deeply unfair to your kids, who have probably already been exposed to their fair share of fights between you and their co-parent. Additionally, such tactics are unlikely to be successful, as family courts can typically identify a parent who is more concerned with revenge than their child’s best interests.

When you go before the court requesting that the judge rule in your favor, the judge will often look for evidence that you’ve behaved responsibly and in compliance with previous orders the judge has issued. If you’ve failed to follow the judge’s previous orders in your divorce, such as failing to make child support payments in a timely manner, or failing to make reasonable compromises with your ex throughout your case, the judge will be less likely to grant your requested changes to an existing order.

For assistance with an application to modify a custody agreement, or help with another New Jersey family law issue, contact the knowledgeable and skilled Englewood family law attorneys at Herbert & Weiss at (201) 500-2151.