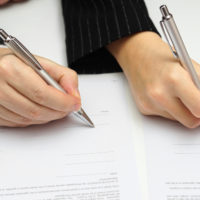 A recent opinion from Judge Lawrence Jones of the New Jersey Family Part shows the possible consequences of failing to attend the settlement conferences which family courts require divorcing couples to attend. The case is a reminder of the importance of complying with a court’s orders, and the consequences that can result from failing to do so.

The recent decision was issued in the case of Swift v. Swift. At the center of the case was a couple that had been married for seven years when the husband filed for divorce in April of 2016, also filing a request for equitable distribution of certain marital property. The wife answered his divorce filing with her own counterclaim for divorce and request for equitable distribution of her share of his retirement accounts. The judge notified the parties that they were each required to attend an Early Settlement Panel (ESP) conference on October 4, 2016. When that day came, the wife attended but the husband did not. The husband was issued a fine of $200, and the ESP conference was rescheduled for November 1. The husband again failed to appear for the rescheduled conference.

The ESP conference is a chance for parties to hold a settlement discussion mediated by a volunteer expert (or experts) prior to moving forward to trial. Each jurisdiction in New Jersey has an ESP program, and courts will refer certain couples to the ESP program if they believe those couples are good candidates for settlement. Typically, the ESP conference is staffed by one or two experienced divorce attorneys volunteering their time, but they may also be staffed by retired family court judges or financial experts. These conferences offer couples a no-cost opportunity to resolve some or all of the issues that would otherwise be resolved through a trial, using the negotiation skill and expertise of the volunteer expert(s). Resolving issues through a settlement can result in far lower court costs and attorneys’ fees for participants, as well as for the court itself. Should the parties fail to reach any conclusions, none of the suggested compromises or offers to settle can be used in court against the spouses later on; the conferences are entirely confidential.

Judge Jones noted the importance that both spouses make a good faith effort to reach a conclusion of their case during an ESP conference, even if they are ultimately unsuccessful and the possible consequences of failing to participate. After weighing his options to penalize the non-appearing husband, the judge elected to dismiss the husband’s divorce complaint and request for equitable distribution. Instead, Judge Jones granted the wife’s complaint about divorce, issuing a final judgment of divorce and awarding her the marital portion of her husband’s retirement accounts.

If you are facing a divorce in new jersey and need assistance in ensuring your result is fair and the process is efficient, contact the seasoned Englewood family law attorneys at Herbert & Weiss for a consultation, at (201) 500-2151, with additional offices in Englewood at (201) 500-2151.