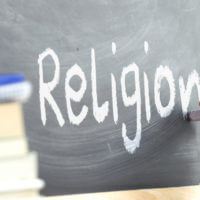 Decisions about child-rearing following a divorce, or in any other arrangement among separated co-parents, go beyond simply deciding upon custody and visitation schedules. Raising children involves making a thousand decisions, large and small, about how the child will be raised. Many consider religion to be a fundamental part of a child’s upbringing. What happens if the parents disagree? Read on for a discussion of how New Jersey law handles decisions regarding a shared child’s religion, and contact aknowledgeable New Jersey child custody attorney with any questions.

When parents don’t agree on custody, New Jersey courts will make all decisions about child custody based upon the circumstances of the case and according to their discretion, meaning that the results of any given case can be unpredictable. However, the courts have generally settled on an answer with regard to religious upbringing. The parent who spends more than 50% of the time with the child, called the parent of primary residence (or custodial parent), typically has the power to make religious decisions for the child. This applies even where there is joint custody. In those cases, the court will evaluate who is the parent of the primary residence and allow that parent to raise the child with their preferred religion.

Of note, the courts do not care about the religion of the child before the divorce or separation; instead, the primary parent’s wishes control. The primary parent may take the child to religious services, enroll the child in religious training or other schools, and generally raise the child with that religion, despite the objections of the other parent.

Parents can contractually agree to a religious upbringing

As part of a divorce settlement, parents can agree to a particularly religious upbringing for the children. Courts are reluctant to enforce these sorts of agreements unless they are written, explicit, detailed as to the type of religious participation permitted, and current. Courts will not typically enforce agreements that are more than a few years old (e.g., included in a prenuptial agreement). If the court finds the agreement sufficiently clear and strong, then the contract can override the general rules.

If you’re in need of compassionate, experienced, and talented legal help with a divorce or custody dispute in New Jersey, contact the Englewood offices of Herbert & Weiss at (201) 500-2151.