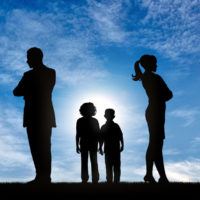 It may seem an obvious proposition at first blush: In any decision involving the rights of parents regarding a shared child, the same rules and standards should apply. Namely, decisions regarding parenting time and custody should focus on the fundamental rule that the best interests of the child are paramount. New Jersey Courts, however, divide up parenting time and custody cases depending on whether a divorce is part of the equation. The distinction may mean differences in the court proceedings in terms of the timeframe for investigation, discovery, appointment of experts, etc., which could lead to decisions being rendered hastily and without full consideration of all facts relevant to the dispute. A recent decision from the New Jersey Appellate Division seeks to remedy this problem. All of this outlines that the New Jersey courts treat all custody and parenting time decisions equally, regardless of the case type.

In short, divorce cases are put on a court’s docket as an “FM” case. Custody or parenting time disputes that involve unmarried couples or married couples not yet planning to divorce are docketed as “FD” cases. FD docket cases are treated as “summary proceedings,” and they are meant to be expedited. In divorce proceedings, the court will automatically set timeframes for discovery of information and establishing experts, while in FD or summary proceedings, the parties have to specifically request that sort of discovery. In many FD cases, limited or no discovery occurs, and the court may make a decision without rendering a full opinion or appropriate consideration of the facts and arguments of all sides.

The case of J.G. v. J.H. concerned an unmarried couple with a young child born in 2012. In 2014, the parents consented to joint custody, which was supported by an FD order. The order established that the child would primarily reside with the mother, “Jane,” while the father, “Joseph,” would have substantial parenting time. The relationship later deteriorated. Jane began a new relationship; Joseph alleged that Jane left the child alone with Jane’s new fiancé, whom he alleged was a “known drug user” and “convicted felon.”

Joseph applied to the family court for sole custody and was granted temporary sole custody while his application was pending. Jane fought the order, and a hearing was held before a different judge. The hearing judge placed both Jane and Joseph under oath and simply questioned them about the facts, about which the parties disagreed. The judge refused to allow Jane’s lawyer to speak. The judge refused to place the matter on a complex track because “it’s an FD matter. It’s not a divorce.” He ordered joint custody with Joseph’s home as the primary residence and prohibited Jane’s fiancé from being alone with the child.

According to the appellate court, the hearing judge denied the mother several basic elements of a proper court proceeding. The hearing judge denied the mother’s lawyer the right to participate in the proceeding, did not allow cross-examination or an opportunity to call witnesses, and decided the issues without fact-finding or considering all of the statutory custody factors. The court did not appropriately take evidence and relied on hearsay and the judge’s own personal views on the credibility of the parties. The simple question and answer hearing did not satisfy the statutory requirements for a custody or parenting time decision and did not appropriately take into account the facts necessary to determine the best interests of the child. For those reasons, the appellate court reversed and remanded for new proceedings with a different judge.

If you are dealing with custody issues and want to ensure the best results for your children and yourself, call the dedicated and knowledgeable New Jersey family law attorneys at the Englewood offices of Herbert & Weiss for a consultation at (201) 500-2151.