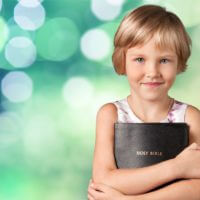 For many issues that arise in divorce proceedings, especially regarding children, there is no clear answer to the question, “What will the court decide?” Courts decide based on the best interests of the children, which is a very case-specific question. However, when it comes to religious upbringing for children with divorced or otherwise separated parents, courts in New Jersey do follow a set path: The parent with whom the child primarily resides gets to decide. Read on for more about child custody and religion, and contact a skilled New Jersey child custody lawyer with any follow-up questions.

The Parent of Primary Residence decides the child’s religion, but the other parent can still share their religion

According to case law in New Jersey, the PPR has the primary right to determine the religious upbringing of any shared child, even in a joint custody arrangement. For example, see Feldman v. Feldman, 378 N.J. Super. 83, 91 (App. Div. 2005). The PPR can enroll the child in religious schools or programs, take the child to religious services, convert the child to a specific religion, and generally teach the child about their preferred religion, without the approval of the PAR.

The PAR is allowed to expose the child to, but not educate the child in, any alternate religion. While this can be a tricky subject, generally this means that the PAR can personally teach them about their preferred religion but cannot enroll the child in religious educational programs, for example, Hebrew school, or go through the process of converting the child to a different religion, without the PPR’s approval. New Jersey courts also generally agree that the PAR can take the child to religious services during parenting time.

Agreements are always better if a dispute arises

In a New Jersey divorce settlement (property settlement agreement, or PSA) or custody order, the parties can stipulate as to how religion will be a part of the child’s life, including what types of services are permitted and what decisions must be made jointly. The PSA may provide that both parents are free to expose the child to their religion as much as they wish. These agreements are strongest if clear and written; courts may not be willing to enforce agreements that are unclear on religion or that are made only orally and never formally written. Courts will enforce PSAs as they pertain to a child’s religion as long as the agreement is in the best interests of the child.

If you are dealing with custody issues and want to ensure the best results for your children and you, call the passionate and knowledgeable New Jersey attorneys at the Englewood offices of Herbert & Weiss for a consultation at (201) 500-2151.