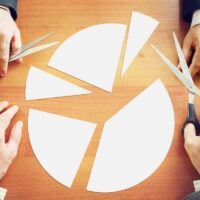 New Jersey is an “equitable distribution” state. That means that all marital property will be distributed between the parties to a divorce in accordance with the principles of equity and fairness. All types of assets can be marital property, including real estate, retirement funds, personal property, financial accounts, business ownership, and others. Only marital property will be distributed, however. “Separate property” will be retained by the party who owns it. Below, we discuss how inheritance is treated under New Jersey family law. Call a knowledgeable Englewood divorce lawyer for help with a New Jersey family law matter.

The General Rule About Inheritance

As a general rule, all property acquired during a marriage is considered marital property, while property acquired before marriage or after a divorce is filed will be separate. There are a few limited exceptions, including property that a party receives via gift, inheritance, or intestate succession (property that passes to an heir when the decedent had no will). At first glance, then, when one party inherits assets during a divorce, the property will be considered separate property, not considered part of the marital estate. There are, however, exceptions within the exception.

When is Inheritance Considered Marital Property?

Inheritance might be considered part of the marital estate, depending on the circumstances. First of all, if the will of the decedent specifies that the property should go to the married couple jointly, as opposed to the heir spouse individually, then the property will be considered marital property.