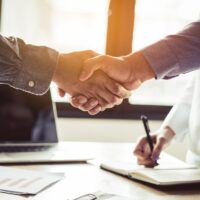 Not every divorce must involve a drawn-out, expensive court battle. Even spouses who do not agree on all pertinent issues can rely on less formal, more efficient, and more cost-effective proceedings to resolve their disputes before heading to trial as a last resort. Parties to a divorce can and should have a go at resolving disputed issues through alternative dispute resolution (ADR) mechanisms. ADR refers to mechanisms outside the court, including arbitration and mediation. In New Jersey, courts mandate that parties to a divorce attend a matrimonial early settlement panel (ESP) to try to resolve disputes without the court’s involvement. Read on to learn about the ESP and other ADR methods, and reach out to a seasoned Englewood divorce attorney for help with a New Jersey family law matter.

In most New Jersey divorces, the court will require the parties to undergo a program known as an early settlement panel (ESP). The ESP takes place early on in the proceedings after the parties have made financial disclosures. ESP is a form of alternative dispute resolution, aimed at facilitating a resolution of the financial issues in a divorce when the parties have thus far been unable to agree without resorting to a drawn-out court battle.

The panel is typically staffed with two experienced divorce attorneys. Attorneys for the parties will offer written submissions to the panelists concerning the outstanding issues. The ESP will then make recommendations concerning the disposition of those issues.

What Does ESP Resolve?

ESP can be used to resolve most matters in a divorce, including:

ESP cannot be used to decide concerning child custody and visitation. Parenting time, child custody, relocation with children, and other custody issues must be resolved separately.

The ESP findings are merely a recommendation. The parties can choose to accept those recommendations, at which point the findings will become part of the record of the divorce proceeding and their recommendations will bind the parties. Accepting the ESP’s findings will greatly reduce the cost and time necessary to finalize the divorce, as it will resolve the lion’s share of the pertinent issues. It saves the parties the trouble of going to trial, fighting through motion practice, going through depositions, etc.

One or both parties may, however, be dissatisfied with the ESP’s resolution. Either party can instead choose to reject the findings of the ESP, at which point the court process will continue.

Other ADR Programs: Mediation and Arbitration

In addition to ESP, parties can choose to pursue other ADR methods, including mediation and arbitration. Mediation involves inviting a professional mediator to help the parties come to an agreement on the various issues involved in a divorce. The mediator will not make decisions or findings but instead will work to facilitate common solutions and help the parties reach a settlement.

Arbitration is closer to a court proceeding but less formal and more private. The parties will collectively choose to hire an arbitrator, often a retired judge or experienced attorney, who will hear arguments and evidence from the parties and render decisions. The process is less formal and generally less expensive than court proceedings (although a given arbitration agreement will dictate how the process proceeds). The parties agree at the outset that the arbitrator’s findings will be binding and can only be challenged for specific reasons (much like appealing a court decision).

Any form of ADR is likely to be cheaper, faster, and less arduous than going through a full trial. We generally encourage all clients to work through ADR processes as much as possible, and resolve as many issues as they can, before choosing to fight the remaining issues in court.

Get Sophisticated Help For Your New Jersey Divorce