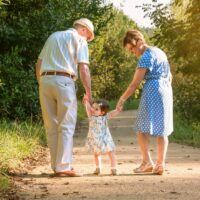 Every family is different. Many modern families do not fall neatly within the traditional “nuclear” family structure. In many families, the grandparents are involved with child-rearing nearly as much as the direct parents. If something goes wrong, under what circumstances can grandparents step in and take custody of endangered children? Can grandparents ever claim custody or visitation over the objection of the child’s parents? Continue reading to learn about the custody rights of grandparents in New Jersey, and reach out to a knowledgeable Englewood child custody and grandparent rights attorney for help with a New Jersey family law matter.

The court will consider eight factors in weighing whether to grant visitation, including:

Courts will entertain testimony from friends and other family members and will consider matters such as whether the children are coping with a divorce or the death of a parent and would benefit from grandparent visitation.

In addition to establishing the right to visitation, grandparents can also petition for custody in certain specific circumstances. Grandparents may acquire custody when the following occurs:

Essentially, if the county or state on its own, or via a petition of the grandparents, declares the child’s parents legally unfit, then the court will take custody away from the parents. In such a situation, other close relatives such as grandparents have the opportunity to request custody.

If you are facing child custody issues in New Jersey or if you are gearing up for a divorce, contact the Englewood family law attorneys Herbert & Weiss at (201) 500-2151.