Divorce is difficult enough when dealing with two reasonable, responsible adults. When one spouse is controlling, narcissistic, aggressive, or manipulative, the process can be that much more challenging and emotionally taxing. When you have shared children and must continue to interact as part of a shared custody arrangement, it’s important to watch out for the signs of a manipulative parent. Manipulative behavior can be damaging not only to the co-parents involved but also to the emotional well-being of the children.

If you are dealing with a manipulative parent, and call a seasoned Englewood child custody attorney from Herbert & Weiss, LLP for help - (201) 500-2151.

What is Parental Manipulation? 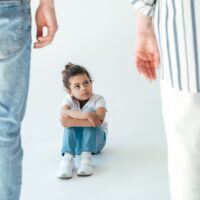 Manipulative behavior is aimed at changing someone else’s behavior or perception of another person using indirect, deceptive, or underhanded tactics. Manipulative parents can use their children to further their efforts at manipulation, trying to either change the minds and behavior of the children by feeding them certain false information, or trying to manipulate co-parents into certain behaviors or feelings by using the children as a go-between. Manipulative behavior is damaging to the emotional well-being of all parties involved, including parents and children.

What are the Signs of a Manipulative Parent?

There are many behaviors that might be considered manipulative. Not all of them may even be intentional; sometimes people can accidentally engage in manipulative behavior when they are already in an emotionally heightened or challenging state. Regardless of whether intentional or unintentional, this kind of behavior cannot be tolerated as it places the family relationships and the children’s emotional health at risk.

What is "Malicious Parent Syndrome?"

Your case may even involve malicious parent syndrome. This is when one parent tries to hurt the other in a malicious way, typically in a method involving the children, to get vengeance. In some scenarios, the children can even be neglected or put in a compromising situation in order to get back at the opposing party.

Because children will respond to malicious parent syndrome in a variety of ways, it may be difficult to detect. It often comes down to the poisoning of the child's mind against the other parent.

What to Do About Parental Manipulation

Dealing with parental manipulation is challenging. If you have any concerns about actual abuse or harm to yourself or the children, get yourself and your kids to a safe place and call the authorities. Talk to your attorney and petition the court for a protective order and limitations on the other parent’s custody, such as the required presence of a chaperone during visitation.

If the behavior does not reach the level of real or threatened physical abuse, there are still options to help the situation. The parties may consider parallel parenting, which is parenting that involves very limited interaction between the parents. Either parent can request modifications to the child custody and parenting time arrangement, perhaps to set more stringent rules about communication or pick-up/drop-off times.

The more details are in the written agreement enforceable by the court, the less wiggle room the other parent has to manipulate the situation. If their behavior does appear emotionally harmful to the children, the other parent can request a modification of the custody arrangement in order to protect the best interests of the children.

If you find yourself dealing with an emotionally manipulative spouse or co-parent, talk to your divorce attorney about your options for protecting your children and your family. We can help you prove the manipulation in court to help protect your child's best interest, which is often an unhindered relationship with both parents.