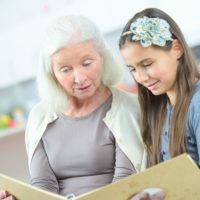 In a recent case before the New Jersey Appellate Division, the court has affirmed the legal right of grandparents to visitation with their grandchildren. In the case, captioned M.K. v. A.K. in order to preserve the anonymity of the parties, a pair of grandparents brought a claim against the widowed wife of their son, several months after he had passed away. The couple had two children together, aged 9 and 11, at the time of their father’s death. Their mother presented evidence that, during the father’s lifetime, the children’s relationship with their father’s parents had become strained and distant. The grandparents, on the other hand, testified that the grandchildren and grandparents had a close bond.

The children’s mother painted a different picture. She testified that the Sunday visits were much more sporadic, that the children would be reduced to tears by their grandfather for not swimming enough or not diving correctly, and that, because of growing strain between the grandparents and the grandchildren, and the grandparents’ increasingly negative treatment of the mother, she and the children's father made a “conscious decision” to distance the family from the grandparents.

Three years before the father’s death, the mother and grandfather were involved in a business deal together, which deteriorated over the course of the two years that followed, resulting in the mother distancing herself to an even greater degree from the grandparents, and leaving the father with primary responsibility for facilitating a relationship between his children and his parents. While the mother facilitated a handful of visits between the children and their grandparents after the father’s passing, the relationship quickly disintegrated entirely.

If you are a grandparent seeking to preserve your relationship with your grandchildren or are facing a different custody issue, contact the experienced New Jersey family law attorneys at Herbert & Weiss. Our compassionate and knowledgeable staff will ensure that your rights to see your children or grandchildren are upheld; we are available to assist you with your family law claims in Englewood, Bergen County, Teaneck, North Bergen, and throughout Hudson and Passaic County.