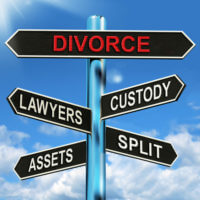 Judge Jones’ expanded application of the Domestic Violence Act arose from a case titled J.C. v. B.S., involving a 73-year old woman and her live-in adult son. The mother had long been in failing health, and had experienced multiple back operations, two mini-strokes, and a hip replacement, and had trouble walking as a result. The mother and son lived with a friend and, according to the court, the son had no ownership stake in the house. According to the mother, her son would get drunk and call her vulgar and offensive names, poke her with his finger, and once nearly pushed her over. Eventually, the woman called the police and filed for a restraining order against her son. When the mother and son appeared before the judge, the son alleged that his injury-laden mother was the responsible party, regularly chasing him around their home, but he was unable to explain to the judge how she could do so given her physical condition. The judge sided with the beleaguered mother and issued a final restraining order under the Domestic Violence Act barring the son from the house they shared and permitting him to retrieve his possessions only under a police officer’s supervision.

While the Domestic Violence Act does not specifically include elder abuse as a category, the Judge ruled that it did not need to be included by name to be covered under the Act’s protections and that there was a great interest in protecting the elderly from harassment. The judge noted that “elder abuse has apparently not been specifically addressed in prior reported New Jersey case law interpreting the Domestic Violence Act, [but] the issue is clearly of critical social importance.” The judge noted, “[S]ome elderly citizens of advanced age and compromised health may be particularly vulnerable to abuse of a physical or emotional nature, even in their own homes and by their own family members.”

The knowledgeable attorneys at the Englewood firm of Herbert & Weiss have over 20 years of experience and success winning restraining orders for the victims of domestic violence. Call the family law and domestic violence attorneys at Herbert & Weiss for a consultation at (201) 500-2151. Going through a divorce can be an immensely stressful experience. Everything about your daily life suddenly changes, and at the same time, you’re required to make important decisions about your and your children’s futures. Enlist your attorney’s help in avoiding several common mistakes that can have a big impact on your life after the divorce is final.

Children feel the effects of divorce more acutely than it may appear. In the midst of heated emotions and anger toward your ex, it can be tempting to talk about that person in derogatory terms with your kids or to seek reassurance that they prefer you to their other parent. Putting your children in this position can be very harmful to them, and can even put your relationship with them in peril. Set the tone of civility between you and your co-parent early in your separation.

Over the past several years, an increasing number of couples have begun using alternatives to court in order to reach a divorce settlement, such as mediation or arbitration. Using a private mediator or arbitrator can allow you greater flexibility and informality, and can lead to a faster resolution of your divorce case. That informality and speed can also result in lower attorneys’ fees.

While reaching a speedy conclusion is important to any litigant, smart parties to a case understand that sometimes good results require time and patience. You may be ready to give up on a number of important issues in order to get it all over with and not have to regularly see the person who broke your heart anymore. Remember that, in the long run, you’ll thank yourself for spending a bit more time and effort to obtain a good result on the issues that are most important to you.

Pride and anger hold immense potential to make your divorce longer, harder, and more expensive than it needs to be. Alongside your attorney, create a list of issues that are most important to you, and avoid fighting over smaller issues, such as household possessions or small sums of money. If you are in a high-conflict divorce, it may be better to lose some battles but win the war.

If you need compassionate, knowledgeable representation in your New Jersey divorce, contact the law offices of Herbert & Weiss for a consultation, at (201) 500-2151 in Englewood.