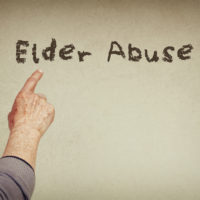 Judge Jones’ expanded application of the Domestic Violence Act arose from a case titled J.C. v. B.S., involving a 73-year old woman and her live-in adult son. The mother had long been in failing health, and had experienced multiple back operations, two mini-strokes, and a hip replacement, and had trouble walking as a result. The mother and son lived with a friend and, according to the court, the son had no ownership stake in the house. According to the mother, her son would get drunk and call her vulgar and offensive names, poke her with his finger, and once nearly pushed her over. Eventually, the woman called the police and filed for a restraining order against her son. When the mother and son appeared before the judge, the son alleged that his injury-laden mother was the responsible party, regularly chasing him around their home, but he was unable to explain to the judge how she could do so given her physical condition. The judge sided with the beleaguered mother and issued a final restraining order under the Domestic Violence Act barring the son from the house they shared and permitting him to retrieve his possessions only under a police officer’s supervision.

While the Domestic Violence Act does not specifically include elder abuse as a category, the Judge ruled that it did not need to be included by name to be covered under the Act’s protections and that there was a great interest in protecting the elderly from harassment. The judge noted that “elder abuse has apparently not been specifically addressed in prior reported New Jersey case law interpreting the Domestic Violence Act, [but] the issue is clearly of critical social importance.” The judge noted, “[S]ome elderly citizens of advanced age and compromised health may be particularly vulnerable to abuse of a physical or emotional nature, even in their own homes and by their own family members.”