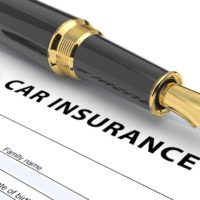 Since 2013, the New Jersey Child Support Guidelines have included a provision regarding the cost of car insurance for the child of divorced parents. Since that amendment occurred, however, no New Jersey Family Part court had considered whether or not the amount of child support a parent owes can be increased where the paying parent already makes guideline-level support payments each month. A recent ruling from Judge Lawrence Jones of the Ocean County Superior Court Family Part has now clarified that the extra cost to add a teen driver to the parent’s insurance policy can be allocated between the parents, increasing the payment from the guidelines-set amount.

The case in which the ruling was issued, Fichter v. Fichter, involved a couple who divorced in 2011 with two (at the time) teenage children. While the couple’s property settlement agreement had discussed sharing the cost of car insurance for the older child, it did not mention the younger child’s car insurance costs. Recently, when the younger child obtained her driver’s license, the custodial mother requested that the noncustodial father increase his weekly support payment to contribute to the costs of their daughter’s car insurance. However, the father did not respond to this request.

Judge Jones first explained that there had long been debate among family law practitioners over whether the costs of a child’s car insurance was considered to be included in the guidelines used to calculate child support, whether it should be considered an add-on expense, or whether courts could deviate from existing guidelines to increase child support payments to cover insurance. Under New Jersey law, the judge wrote, the amount owed in child support as calculated according to the guidelines is presumed to be the correct amount to support that child, unless the custodial parent can use evidence to prove otherwise.

While the guidelines had been amended in 2013 to discuss costs relating to a parent providing their child with a car, there was still uncertainty over whether insurance costs would provide a basis to increase the support payment. In the end, Judge Jones concluded that a family part court could examine the particular family’s financial circumstances and use the discretion granted to judges under the law to increase support payments above the guideline-calculated amount to account for a child’s car insurance. Paying for insurance, he concluded, was both within the child’s best interests and in the best interests of the public at large. Since car insurance is always a large expense, is even larger for new teen drivers, and can arise suddenly, the judge concluded that it may be unaffordable for a custodial parent without additional support.

If you are in need of assistance with a New Jersey child support dispute or other family law matter, contact the knowledgeable and compassionate Englewood family law attorneys at Herbert & Weiss for a consultation on your case, at (201) 500-2151.