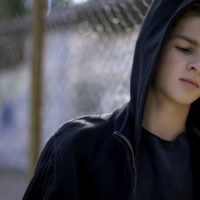 A law introduced in New Jersey in 2009 instructs that a parent who has been found to have abandoned a child while the child was a minor would not be entitled to share in that child’s estate, should they die intestate. Until recently, there had been no clear answer on what would constitute the “abandonment” of a child. In a recent decision, the New Jersey Appellate Division determined that parents must clear a very low bar to avoid being considered to have abandoned their child.

In the case in question, titled In the Matter of the Estate of Michael D. Fisher II, Michael is the deceased son of Justina Nees and Michael Fisher, Sr. (Fisher). After the parents separated in 2001, Nees obtained a final restraining order against Fisher for attempting to take Michael out of school without her consent. Fisher was permitted to see Michael only during supervised visits at Fisher’s psychologist’s office, and when he sought the court’s consent for unsupervised visitation, he instead had his existing visitation suspended until he completed an anger management course and subjected himself to a risk assessment. The couple’s divorce was final in March of 2002. Before it was final, Nees offered not to seek child support from Fisher if he waived his parental rights, but Fisher refused. Nevertheless, Fisher never completed the required risk assessment, did not see Michael during a legal visitation session at any time after January of 2002, and spoke with Michael on the phone only a handful of times in 2001 and 2002. Fisher mostly kept up with his child support obligations from his new home in Florida, though he eventually received a termination of that obligation after he became ill. Fisher did continue to pay a small amount of child support even after his legal obligation to do so was terminated. Michael passed away in September of 2010. After receiving news of his death from a relative, Fisher returned to New Jersey to attend the funeral.

Nees, acting as administratrix of Michael’s estate, won a wrongful death settlement on Michael’s behalf and filed a complaint to bar Fisher from recovering any part of Michael’s estate. Michael died without a will. Traditionally, the estate of children dying intestate would be divided among the parents, but under a law introduced in New Jersey in 2009, N.J.S.A. 3B:5-14.1, parents cannot be beneficiaries of a deceased child if that parent:

The trial court found that Fisher had acted to abandon his son by willfully forsaking him in ways such as by failing to complete anger management and not paying child support. However, the Appellate Division disagreed. The court on appeal stated that “willfully forsaking” a child would require that “the parent, through his or her unambiguous and intentional conduct, has clearly manifested a settled purpose to permanently forego all parental duties and relinquish all parental claims to the child.” Since Fisher had not allowed his parental rights to be terminated, had continued to pay some support, and made repeated efforts to maintain a relationship with Michael, the court found that he did not act in a way that showed his intent to “permanently forego all parental duties.” The court reasoned that terminating child support doesn’t necessarily mean the man wished to “forego all parental duties,” and noted further that Fisher did not oppose Nees’ motion to reinstate his child support obligation if he began receiving Social Security Disability benefits.

If you are in need of experienced and dedicated legal assistance with a divorce or custody dispute in New Jersey, contact the Englewood family law attorneys at Herbert & Weiss for a consultation, at (201) 500-2151