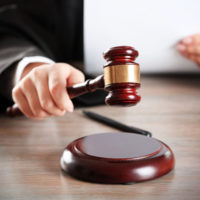 Helene Herbert, partner at Herbert & Weiss, LLP has recently been sworn in as a municipal court judge in the Bergen County borough of Waldwick. The appointment was made by Waldwick Mayor Thomas Giordano, with the advice and consent of the Waldwick Town Council. Municipal judges in New Jersey serve part-time and are appointed to three-year terms which may be renewed.

Ms. Herbert has served as a municipal court judge in Bergenfield since 2009 and will continue to sit in Bergenfield as well as Waldwick, while also maintaining her family law practice at Herbert & Weiss. In her legal practice, Ms. Herbert handles a variety of family law matters including separation and divorce (contested and uncontested), prenuptial and marital property agreements, child custody, and domestic violence in both Superior Court and Appellate Division. Additionally, Ms. Herbert pursues a commitment to championing clients’ rights while seeking social justice in areas of employment discrimination, sexual harassment, civil rights and tax appeals.