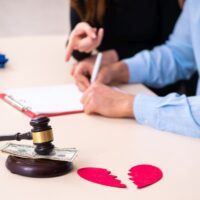 If you are paying or receiving court-ordered alimony in New Jersey, there are certain circumstances under which the alimony obligation may be modified or eliminated altogether. Historically, in New Jersey, when the paying spouse retired, they were able to request a modification of alimony but then had the burden to show the retirement was in good faith and reasonable; a retiring spouse thus faced a significant risk that they would still owe the same alimony after retiring, even though they faced a reduced income. In September 2014, New Jersey modified the law to help paying spouses who wished to retire. Read on to learn how retirement affects alimony in New Jersey under current law, and call a knowledgeable Englewood alimony modification attorney for help with a New Jersey family law matter.

Alimony That Started After 2014

The latest law was enacted in 2014 and applies to all alimony obligations entered into following the law’s effective date. Under the law, when the alimony payor reaches retirement age as defined by federal Social Security law (currently, age 67 for anyone born 1960 or later), there is a rebuttable presumption that alimony should terminate. The party receiving alimony can rebut the presumption by showing good cause based on a number of factors, including:

If the judge is convinced there is good cause to overcome the presumption in favor of termination, the judge will weigh the same factors that were considered when entering the original alimony order to evaluate whether the alimony award should be modified or terminated. Importantly, even if the presumption in favor of termination is overcome, the paying party might still obtain modification or even termination of alimony based on all the relevant factors.

If the paying spouse is retiring before reaching the federal retirement age, then they must prove that the retirement is reasonable and made in good faith, based on a series of factors including those listed above, the current ages of each party, and whether the recipient should have provided for their own retirement.

Alimony Started Prior to 2014

If an alimony award was entered before the enactment of the new law in 2014, then whatever terms were entered by the court or the parties at the time will govern. Absent language to the contrary, retirement at full retirement age will be presumptively deemed good faith and the moving party must show that modification or termination is appropriate in light of the financial circumstances of each party and other relevant factors.