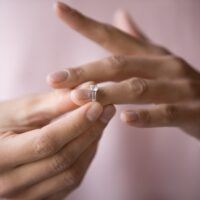 For most marriages, if they fall apart, the parties will decide whether to get a divorce. Under certain limited circumstances, however, an annulment may be possible and advisable. Unlike a divorce, an annulment completely invalidates a marriage, such that under the law, it will be as if the marriage never happened. Annulment is reserved for circumstances under which a marriage should not have been legally permissible in the first place.

Continue reading to learn about annulments in New Jersey and call an experienced Englewood divorce lawyer at (201) 500-2151 with any questions or for help with a New Jersey family law matter.

Grounds for Annulment in New Jersey

To obtain an annulment, the marriage must have been invalid at the time it was entered. The grounds for annulment are explicitly defined under New Jersey law. A New Jersey marriage may be annulled under the following circumstances:

The Time Limit for Annulment in New Jersey

Annulments typically happen after a very short marriage when the ground for annulment is discovered. New Jersey law does not, however, specify a specific time limit for seeking cancellation of a marriage.

Securing an annulment requires proving one of the above criteria. Waiting too long to seek annulment may weaken the claimed grounds for cancellation if the annulment is challenged. For example, if one spouse seeks annulment on grounds of fraud relating to religious beliefs or their spouse’s lack of desire to have children, and the parties were married a decade, a court may be convinced by the other spouse that the claimed grounds are untrue, given that one would expect such issues to be unearthed much sooner.

New Jersey courts may, in limited circumstances, grant an annulment within 30 days of a marriage ceremony, even without cause.

For dedicated and effective legal help with a New Jersey divorce, annulment, or other family law issue, contact the Englewood divorce lawyers Herbert & Weiss at (201) 500-2151