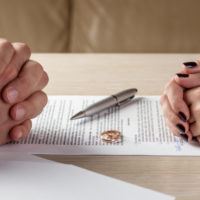 In the case of Morales v. Morales, decided last month by the Superior Court of New Jersey, Appellate Division, the court held that an ex-wife who waited seven years to ask for relief from a divorce judgment waited far too long to be granted relief. The situation may have been different if she had been able to prove that the husband had committed a fraud upon the court, but the facts simply did not support that allegation, according to the court.

This case began back in 2005, when a husband filed for divorce after 18 years of marriage. In his petition for dissolution, he sought both legal and residential (physical) custody of the children and child support, as well as equitable distribution of the marital assets acquired by the couple during marriage. Since the wife did not answer the complaint after she was served notice of it, the court gave a default judgment to the husband.

Before the final judgment of divorce (JOD) was entered, the husband obtained a court order giving him residential custody of the children with joint legal custody and terminating his obligation to pay support to the wife. The husband also served the wife with notice that he was no longer requesting equitable distribution of the marital estate. The wife did not challenge this notice, and a final JOD was entered in accordance with the husband’s requests.

Fast forward seven years. In 2013, the wife appeared in court with a motion to modify the JOD and ask the court to make an equitable distribution of the husband’s union pension and retirement accounts. The basis for the wife’s motion was an alleged oral promise from the husband to split those funds with her. She also claimed that by not disclosing these accounts as marital assets during the divorce, the husband had committed fraud upon the court.

Under the Rules for the New Jersey Courts, Rule 4:50 governs motions for relief from a judgment or order. There are three rules under this section, and all three were implicated in this case. First, Rule 4:50-1 authorizes the court to grant relief from a final judgment for reasons like a mistake, excusable neglect, newly discovered evidence, or fraud. Next, Rule 4:50-2 requires the party to make the motion within a reasonable time, which cannot be later than one year from the judgment. Since the wife waited seven years to raise her objections, her requests were untimely.

The wife did argue that the court should have decided her motions under Rule 4:50-3. This Rule waives the one-year time limit for any motion which is based on a fraud perpetrated on the court, and the wife claimed the husband committed such fraud by not disclosing his pension and retirement accounts as marital assets. However, as the husband was not seeking equitable distribution, he did not have to list or disclose any assets. According to the court, the wife failed to meet the high standard of proving fraud by clear and convincing evidence, and it would be unfair to the husband to entertain the wife’s motions after such an unreasonably long time has passed.