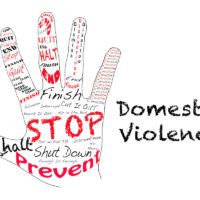 The New Jersey Prevention of Domestic Violence Act (PDVA) allows a person to obtain a domestic violence restraining order against another person for harassment, stalking, assault, and a host of other criminal acts, provided the alleged abuser fits into one of the following categories:

The Superior Court of New Jersey, Appellate Division, was recently called upon to decide whether the PDVA applied to a brother seeking a restraining order against his sister. Could the siblings be considered “former household members” under the law, even though they had not lived in the same household for 13 years?

The trial court, in this case, said yes, first granting a temporary restraining order and then a final restraining order. The appellate court affirmed the trial court in its opinion released January 7th. The court applied a six-part test to determine if the PDVA applied, evaluating the case against the following factors:

The court found a pattern of abusive conduct that began when the siblings still lived under the same roof and continued on to the present. Each of the factors in the test above argued in favor of establishing the court’s authority to issue a domestic violence restraining order.

The sister also argued that her conduct did not count as domestic violence. However, the court decided there was substantial evidence that the sister committed acts of domestic violence and that a restraining order was needed to protect the brother and his family from further abuse in the future. These acts included making false reports to the Division of Youth and Family Services, vandalizing cars, threatening the brother’s children and shouting obscenities at them, sending threatening texts, soliciting someone to assault the brother, getting somebody to falsely tell the brother’s wife that he had impregnated another woman, and much more.

The courts apply the PDVA very liberally to stop domestic violence. Still, before a final restraining order can be imposed, the accused has a right to challenge the order in court and be represented by legal counsel at that hearing. Whether you are seeking or challenging a domestic violence restraining order, having strong and effective legal representation can be critical. In northeastern New Jersey, contact Herbert & Weiss, LLP for a consultation with an experienced and dedicated family law attorney.